Opiate Withdrawal Timeline: What to Expect During a Detox

How bad is the nation’s opioid and opiate epidemic?

It’s so bad that it’s dragging down the life expectancy in America.

Government numbers from 2016 showed that there were 63,600 drug overdose deaths in the country, a 21 percent increase from 2015. We’ve reached the point where two-thirds of all drug deaths in 2016 could be attributed to opioids, a category that includes drugs like heroin, methadone, and fentanyl.

People struggling with addiction often resist getting treatment because they fear withdrawal. Some of that fear can be mitigated by researching an opiate withdrawal timeline.

Read on for more about what to expect when detoxing.

The Difference Between Opioids and Opiates

First, a quick primer on definitions.

The word “opiate” is used to refer to chemical compounds that are derived from natural plant matter. Drugs like opium and morphine fit into this category.

Both drugs are considered narcotics. To make things a little more confusing, the media often uses “opioid” as an interchangeable term for both natural and synthetic narcotics.

A person seeking help won’t be quizzed on the difference between the two drugs, but it’s still useful information to know.

Why These Drugs Are So Deadly

A lot of drugs change our brains, but opiates and opioids go about it in an especially dangerous way. They alter the way the brain responds to pain stimuli.

Opioids attach themselves to opioid receptors in the body, creating a pleasant feeling. The human brain can manufacture its own opioids, but not in large enough quantities to treat things like severe pain after back surgery. That’s why addiction often begins with an injury, surgery, or other major medical events.

Repeated use of the drug makes it increasingly harder for the body to feel OK without opiates. To someone in the throes of addiction, taking higher and higher doses of the drug can feel safer than trying to quit.

It’s “safer” right up until the point where you accidentally overdose. Opiate withdrawal is harder to deal with in the short term, but it’s the much better option for your health in the long term.

The First Part of the Opiate Withdrawal Timeline

The nature of withdrawal symptoms depends in large part on what kind of drugs the patient has been taking.

Heroin has the shortest half-life among opiates, which is why people who are trying to quit that narcotic will start to experience heroin withdrawal symptoms within about 12 hours. Oxycontin and Vicodin are also considered short-acting.

At the far end of the spectrum is methadone. A patient who is getting of methadone might not experience symptoms for 30 hours or so.

The early symptoms for both long-acting and short-acting narcotics include muscle aches, restlessness, inability to sleep, anxiety, and excessive sweating.

Things don’t peak for the first few hours, though. That comes later.

The good news is that such symptoms typically peak at around 72 hours. The bad news is by then the patient could be dealing with things like nausea and vomiting, diarrhea, stomach cramps, and depression.

How long does opiate withdrawal last after the 3-day mark? Things usually start to improve at that point, and the worst should be over in about a week.

The temptation to stop the pain and go back on drugs will be intense during the first few days of opioid and opiate withdrawal symptoms. Trying to quit “cold turkey” can be all but impossible, which is why it’s important to bring in outside help in the form of a treatment center staffed by experts.

Medications and therapy can help a recovering addict stay on the right track and away from opioids and opiates. Outpatient treatment is one option, but detoxing in a medical facility is the better choice.

Residential detox means going to a medical facility and checking yourself in so you can receive monitoring from a medical team with extensive training in addiction issues.

Detox facilities are strictly controlled environments, but the staffers who work at such places aren’t running a tight ship for kicks. They’re doing it to try to save lives.

Once the physical symptoms have stabilized, a patient can leave detox and make their way to the next stop on the journey to recovery.

Patients must be involved in their own treatment at this stage. If they’re not getting fully invested by doing things like group meetings and individual sessions, then the program isn’t going to be nearly as effective.

Co-occurring disorders were previously referred to as dual disorders. In cases of drug addiction, the term is used to refer to a mental health issue that exists alongside a substance abuse issue.

If the underlying issue isn’t addressed, then the patient’s commitment to quitting drugs is much less likely to stick. A patient who previously used Vicodin to self-medicate their depression has to dig deeper into the depression once the opioid withdrawal symptoms subside. They must figure out a way to address the depression through things like therapy and (non-narcotic) medication.

The First Step is Reaching Out

Don’t try to be “tough” and attempt to muddle through the opioid or opiate withdrawal timeline on your own.

We’re an addiction care treatment program based in Athens, Georgia, and we can sit down with you and help you create a roadmap.

Take a look at our testimonials and give us a call.

We're not around right now. But you can send us an email and we'll get back to you, asap. 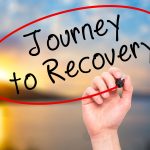 Save Your Loved One: 10 Tips for Staging an InterventionDrug addiction