Why is Heroin so Addictive?

Why is heroin so addictive? Next to prescription opioids, heroin use is a major national problem. The substance is so addictive that people who no longer have access to opioids easily turn to heroin.

Some heroin addiction facts: heroin hits the pleasure centers of the brain quickly when it is injected and causes a period of sedation and tranquility.

However, the brain quickly builds tolerance to the drug. That means users need more to get the same rush — and the process of getting addicted to heroin begins.

People with heroin addiction disorder soon find themselves living in a world where all that matters is scoring some more of the drug. So, if anyone says heroin is not addictive, they’re wrong.

If you want to know about treatment options for heroin use disorder call our experts at 706-480-8733 today.

Every day, heroin and fentanyl use is growing. Learn more about why heroin is so addictive down below: 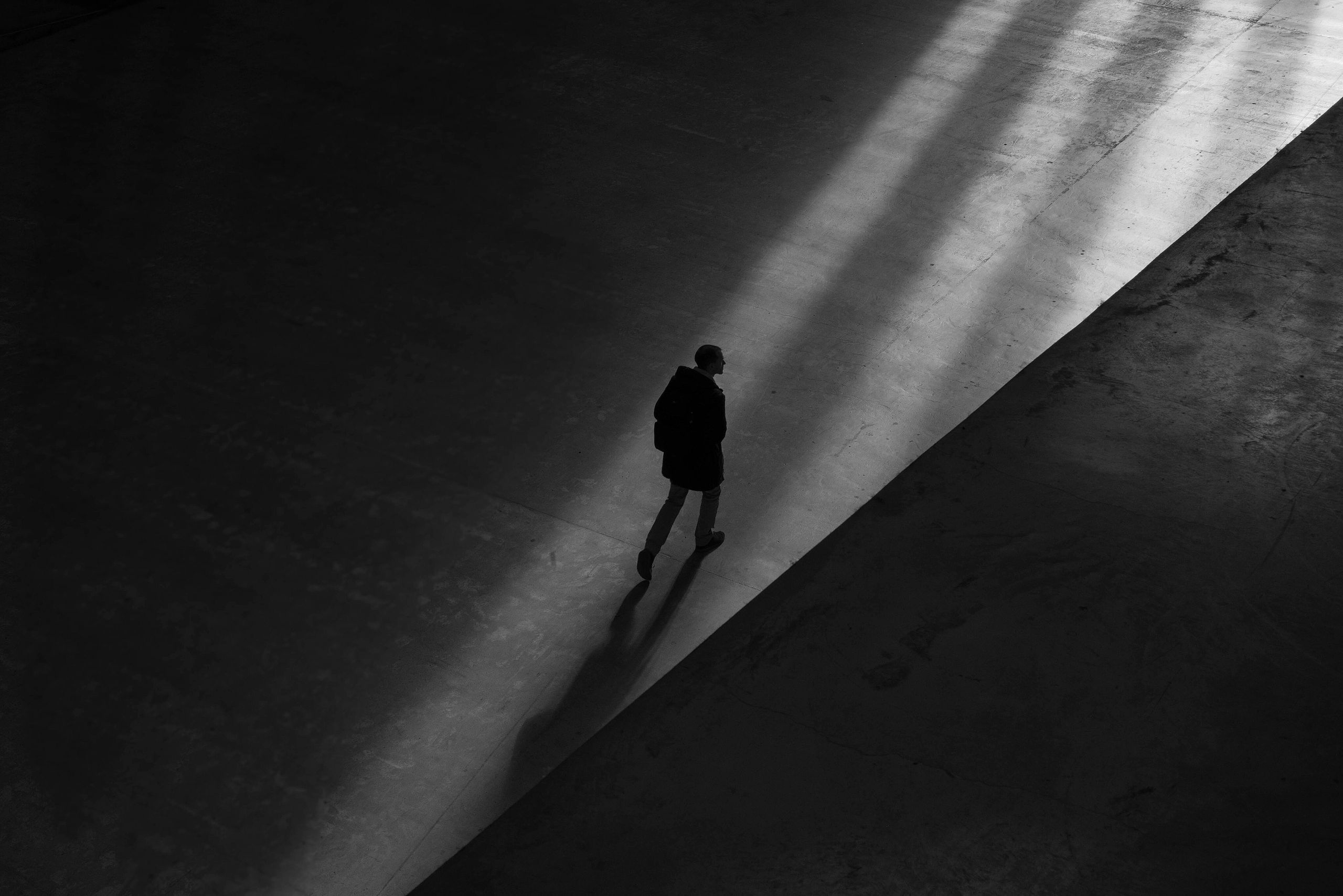 Heroin and Fentanyl: A National Problem

The number of heroin users in the U.S. has been steadily rising since 2007. According to the National Survey on Drug Use and Health (NSDUH), about 948,000 Americans report using heroin in the past year. The increase appears mostly due to young adults ages 18–25.

Heroin use no longer predominates solely in urban areas. Several suburban and rural communities near Chicago and St. Louis report increasing amounts of heroin seizures by officials. Those areas are also seeing a growing number of overdose deaths due to heroin use.

Heroin use is also on the rise in many urban areas among young adults ages 18-25. Individuals in this age group seeking treatment for heroin use increased from 11 percent of total admissions in 2008 to 26 percent in the first half of 2012.

Statistics on the health effects of heroin underscore its high potential for abuse and risk of death. About two percent of heroin addicts die annually due to their heroin addiction.

The Addictive Nature of Heroin

Heroin is part of the opioid category of drugs. Due to its chemical structure that mimics that of a natural neurotransmitter, it can activate neurons. Heroin’s similarity in structure “fools” receptors. This allows the drug to attach to and activate the neurons.

Although this drug mimics the brain’s own chemicals, it doesn’t activate neurons in the same way as a natural neurotransmitter. Additionally, Heroin also leads to the brain sending abnormal messages through the network.

Once heroin enters the brain, it converts to morphine and binds rapidly to opioid receptors.  That is why it produces a surge of euphoria, or “rush,” when heroin is injected into a vein.  However, this feeling is not as intense when an individual snorts or smokes heroin. Following the rush, there is a period of sedation and tranquility known as being “on the nod.”

The Side Effects of Heroin Use

New users often experience nausea and vomiting. Typically, however, the user wishes to feel detachment from physical and emotional pain and a sense of well-being. Other effects include slower breathing, pinpoint pupils, itchiness, and sweating.

When one injects heroin under the skin or into a muscle, the effect comes on slower, within five to eight minutes. Still, someone may be “on the nod” for up to an hour.

Regardless of how it is used, the effects of heroin generally last for three to five hours, depending on the dose. People who use heroin daily must use it every six to 12 hours to avoid symptoms of withdrawal.

The way heroin affects you depends on many factors, including:

Dealing with a heroin addiction creates long-term damage to the brain and body. According to National Institute on Drug Abuse, signs and symptoms of long-term heroin use change the physical structure and physiology of the brain. Heroin creates long-term imbalances in neuronal and hormonal systems that are not easy to reverse.

In addition, signs and symptoms of long-term heroin use also include some deterioration of the brain’s white matter. This type of brain damage may affect decision-making abilities, the ability to regulate behavior, and responses to stressful situations. Over time, how heroin affects the brain also includes mental disorders, such as depression and antisocial personality disorder.

Also, there are specific consequences for how a person uses heroin. For example, people who repeatedly snort heroin can damage the mucosal tissues in their noses. They can also perforate the nasal septum (the tissue that separates the nasal passages).

Medical consequences of chronic injection include scarred and collapsed veins, bacterial infections of the blood vessels and heart valves, abscesses, and other soft-tissue infections. Plus, many of the additives in street heroin may include substances that do not readily dissolve and result in clogging the blood vessels that lead to the lungs, liver, kidneys, or brain. This causes infection or even the death of small patches of cells in vital organs. Immune reactions to these or other contaminants cause arthritis or other rheumatologic problems.

It is important to remember that sharing injection equipment or fluids can lead to some of the most severe consequences of heroin use — infections with hepatitis B and C, HIV, and a host of other blood-borne viruses.

The fight against the nation’s opioid epidemic is causing one unintended — and deadly — consequence. Opioid users are turning to heroin. Both prescription opioid drugs and heroin work through the same mechanism in the brain. As with heroin, opioids reduce the perception of pain by binding to opioid receptors.

Then, the receptors are found on cells in the brain and in other organs in the body. The binding of these drugs to opioid receptors in reward regions in the brain produces a sense of well-being. This provides another answer to why is heroin so addictive.

Meanwhile, stimulation of opioid receptors in deeper brain regions results in drowsiness and respiratory depression, which can lead to overdose deaths.

In fact, the incidence of heroin initiation is 19 times higher among those who report prior non-medical, pain-reliever use than among those who do not. Here’s another chilling heroin addiction fact: 80 percent of new heroin users start by abusing prescription opioids.

Before their addiction to heroin, many users initially had legitimate opioid prescriptions from their doctors. This transition from misusing prescription opioids to getting addicted to heroin may be a natural progression of opioid use disorder.

Evidence from interviews with individuals with heroin use disorder supports that notion. For example, in the interviews, users suggest that market forces, including the accessibility, cost, and the high potency of heroin are driving the move from prescription opioids.

The Path to Overdose

Over the last decade, we have seen an alarming increase of fentanyl cut heroin. At times, there are drugs marketed and sold as heroin that actually does not contain any heroin at all.

In these situations, overdose is usually the result. Synthetic opioids such as fentanyl that are created and mixed in clandestine and unregulated labs are extremely dangerous.

Symptoms that occur 48-72 hours after the last dose include:

Following the acute withdrawal, some symptoms can continue for weeks or even months. These symptoms are known as protracted heroin withdrawal, and they can include:

A small study conducted by the National Institutes of Health finds that people in recovery from opioid addiction have a lower ability to focus on tasks. Plus, people in heroin recovery show problems with executive control, which includes planning, organizing, and self-control.

Fatalities during heroin withdrawal are extremely rare. However, death after withdrawal is a major risk. When you are addicted to heroin, your tolerance grows very high. Any detox and withdrawal period is going to significantly reduce that tolerance. That is one of the answers to why is heroin so addictive. If you relapse and take your regular pre-detox dose that could be enough to cause a fatal overdose.

A large dose of heroin depresses heart rate and breathing to the point that a user needs medical help to survive. Naloxone — or Narcan — is an opioid receptor antagonist medication. Naloxone works by eliminating all signs of opioid intoxication to reverse an opioid overdose. The medicine rapidly binds to opioid receptors and prevents heroin from activating them.

If a few brushes with death finally convinces a user to seek help, there are a variety of effective treatments available for heroin use disorder. They include both behavioral and medicinal treatments.

Medications can be helpful in the detox process by easing cravings and other physical symptoms that prompt a relapse. For example, lofexidine is a non-opioid medicine designed to reduce withdrawal symptoms. While not a treatment for addiction itself, detoxification is a useful first step after getting addicted to heroin. However, detox must be followed by some form of evidence-based treatment.

Medications work through the same opioid receptors as the addictive drug. However, these medications are safer and less likely to produce the harmful behaviors that characterize heroin use disorder. Effective medications include:

These can be delivered in outpatient and residential settings. Contingency management and cognitive-behavioral therapy effectively treat heroin use disorder, especially when physicians prescribe them with medications.

Contingency management uses a voucher system. Patients earn vouchers  from negative drug tests or other criteria. They can then exchange the vouchers for items that encourage healthy living.

Cognitive-behavioral therapy is there to help modify the patient’s expectations and behaviors when it comes to drug use. It also increases their skills in coping with various life stressors.

Now you know the dangers of heroin. If someone asks you why is heroin so addictive, you have these heroin addiction facts to help you answer them. If you need help with a heroin use disorder or simply want more information on how heroin works, please call us at 706-480-8733 today.

To speak with someone about your situation and get a free consultation, call us at 706-480-8733 today!

We believe in your right to get treatment for addiction – Call
706-480-8733
to Find Help Immediately!

Why You Should Never Detox Alone [Facts]

Talk to us today. We can help you find treatment no matter your situation.

For more details about drug abuse, interventions, detox, or rehab facilities, please call our Addiction Care Treatment Program number 706-480-8733. You can speak with our recovery experts who will help you find the treatment care for you.

Our Friendly and Knowledgeable Staff is Here For You!